Because of these serious potential consequences, if you or a loved one are facing a criminal conviction, it’s important that you or your loved one’s rights are protected. An experienced immigration lawyer can help.

How Decisions Are Made for Immigration Consequences of Criminal Convictions

While there are different types of crimes that have their own immigration consequences, repeat offenders can face additional immigration limitations. Being convicted of two or more crimes that come with a total prison sentence of 5 years can prevent a convicted immigrant from becoming a US citizen for up to 5 years.

Similarly, two convictions for any gambling related crimes can also prevent noncitizens from becoming a US citizen for 5 years.

Serving time in prison for any amount of time beyond 180 days can also ban someone from becoming a US citizen for 5 years. The 180 days in prison do not need to be served all at once for a single crime for this ban on citizenship to take effect. For example, serving 30 days in jail for one crime then 150 days in jail for a separate crime would disqualify someone from being able to become a US citizen for 5 years after their release.

Crimes that are considered aggravated felonies include, but may not be limited to:

What Can Happen From an Aggravated Felony Conviction?

An immigrant who is convicted of an aggravated felony could face one or more of the following immigration consequences:

In addition to the above immigration consequences, any immigrant convicted of an aggravated felony may be required to serve a prison sentence appropriate for the crime they’ve committed. After serving the prison sentence for the crime, the immigrant may face expedited removal, which can result in deportation immediately after their release from prison.

Accused of an Aggravated Felony? Protect Your Rights

An experienced immigration lawyer, Janet Moon, Esq., is experienced in protecting the rights of those accused of an aggravated felony. Contact today for an initial consultation.

What Can Happen From a Conviction for Crimes Involving Moral Turpitude?

Those without US citizenship may face deportation or may be refused entry to the United States if convicted of a Crime Involving Moral Turpitude. However, this is not always the case.

Any of the following conditions may make someone subject to deportation from a conviction of a Crime Involving Moral Turpitude:

Undocumented immigrants may be subject to harsher immigration consequences if convicted of a Crime Involving Moral Turpitude.

Being Convicted of a Crime Involving Moral Turpitude Can Have Serious Consequences. Protect Your Rights

A conviction of a Crime Involving Moral Turpitude can have long term effects on you or a loved one’s immigration status. In some cases, this type of conviction can make it nearly impossible to enter or remain in the U.S.

What Can Happen if Convicted of a Controlled Substance Offense?

Some possible immigration consequences of a Controlled Substance Offense may include, but are not necessarily limited to:

What Controlled Substance Offenses May Result in Deportation?

A conviction for possession or trafficking of any drug that is illegal according to federal law carries the risk of deportation. This includes paraphernalia convictions. However, first time offenses for simple possession of 30 grams or less of marijuana for personal use may be the only exception for controlled substance offenses that are subject to deportation.

Everybody makes mistakes. A dedicated, experienced immigration lawyer knows the law and can helped hundreds of clients with their unique case. To schedule an initial consultation…

Immigration Consequences of Crimes Against Children

Crimes against children is a category of crimes that involve child abandonment, child neglect or child abuse. In addition to potentially having to serve a prison sentence if convicted of a crime against a child, there may be long term immigration consequences that can make it extremely difficult to continue to pursue your professional and personal plans in the United States.

What Are Crimes Against Children?

Examples of crimes that may be considered crimes against children when the victim is less than 18 years old include, but are not limited to:

What Can Happen if Convicted of Crimes Against Children?

If someone who is not a US citizen is convicted of a Crime Against a Child, the convicted person could be deported and be forced to leave the United States. Additionally, some Crimes Against Children may also be considered another type of crime as well, resulting in additional immigration consequences. For example, assaulting a child may be considered both a Crime Against a Child and a Crime Involving Moral Turpitude, resulting in immigration consequences associated with both types of crimes.

What Crimes Are Firearms Offenses?

Firearms offenses include, but are not necessarily limited to:

What Can Happen if Convicted of a Firearms Offense?

If a noncitizen is convicted of a firearms offense, there are several possible immigration consequences. Depending on the type of firearm offense, a noncitizen may be deported from the United States.

Firearms Offenses Have Serious Consequences. Talk To A Lawyer Today

Someone who is convicted of a firearm offense may be deported from the United States and could be restricted from being able to return to the country. Janet Moon, Esq. is an award winning immigration lawyer experienced in protecting the rights of noncitizens accused of firearms offenses.

To protect your rights and your future, contact to schedule an initial consultation.

Prostitution and commercialized vice crimes include crimes where sexual acts are exchanged for payment. These types of convictions can target the person offering sex for payment (prostitutes) or the person who is paying for sex (sometimes informally known as “johns”).

What Can Happen if Convicted of Prostitution or Commercialized Vice Crimes?

Immigration Consequences of a Criminal Conviction Can Last Longer Than a Jail Sentence. Contact Us

Regardless of the category of a crime that a noncitizen faces, the punishments can be very harsh. This is especially true because many of the above categories can overlap, resulting in multiple problems for you someone’s immigration status.

A criminal conviction can bring jail time, but the consequences don’t stop once a sentence is served. If someone is convicted of a crime and they’re not a US citizen, they could face deportation and be banned from entering the US. Because of this, it’s very important to know everything that could happen from a guilty plea.

Protect your rights, protect your future—contact for an initial consultation. 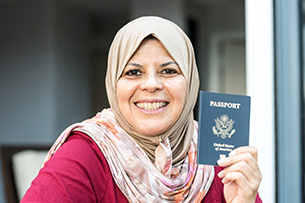 There Could Still Be A Way. Contact An Experienced Immigration Lawyer For Help

When facing complex immigration problems, it’s critical that you or your loved one fully understand the potential consequences of your decisions. To help prevent lengthy delays for your plans, contact an experienced immigration lawyer for an initial consultation. She'll take the time to get to know the specifics of your case, and provide meaningful guidance on what to do next.

Immigration requirements change frequently, and complying with the immigration process can be confusing. Making mistakes could severely delay or even prevent you from completing your goal. Don't let this happen to you.

She is a very knowledgeable and experienced lawyer in her field. I’m a nonresident alien and she was very proactive in researching and gathering evidence to help my case. Because of her diligent efforts, I was able to succeed in my case ahead of schedule. I would recommend her as your lawyer.
– Mithun, an Immigration client